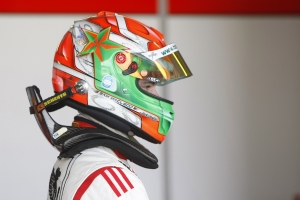 British Formula 3 squad Fortec Motorsport could run Formula Renault BARC race winner Sam MacLeod in the series next season.The 19-year-old, who competed with Fortec this year in Renault BARC and selected FRenault NEC rounds, tested one of the team's Dallara-Mercedes for two days at Valencia.

It came straight after MacLeod tested with the German Formula 3 Cup arm of Dutch squad Van Amersfoort Racing at Barcelona. Fortec team manager Andi Scott said: "If you look at the times from Valencia, his performance has been fantastic.

"I expected him to need time to get up to speed, but he was very competitive with guys who have been racing in European F3 this year who were out at the same time."