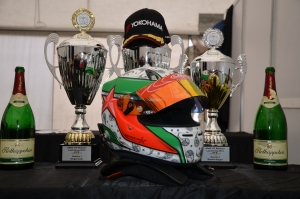 Sam followed up his double win in British F3 with a victory in the first race of Round 2 of the German F3 championship at Lausitzring near Berlin. Sam commented "I had a good start from P5 and was up to second by the first corner. I could then put pressure on the race leader Nabil. Then he made a mistake and I got past. I built up a big gap and set the fastest lap so I could really control the race from the front. A good start to the weekend for the Castrol car and Van Amersfoort Racing!". After his win Sam will start 6th in the reverse grid race this afternoon.