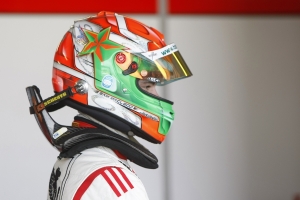 Hertford, England - 2nd April 2014 – Sam MacLeod and Fortec Motorsport have today confirmed that the British driver will join the team for the opening round of the British Formula 3 Championship at Rockingham in Northamptonshire (4/5th May).

2014 will be a busy year for the Edinburgh-born racer. His participation with the Dutch motorsport team, Van Amersfoort Racing in the ATS Formula 3 Cup gets underway this weekend in Oschersleben, Germany. Sam said, "My primary focus in this second season of my car racing career is the German ATS Formula 3 Cup, but I am delighted that we are also able to compete in this first round of the British Championship. I raced with Fortec in Formula Renault in my debut season in 2013, and I have the highest regard for the team and what it is capable of. We will come straight from the first round of the German championship to Rockingham with no opportunity to test, but I know we will all fight hard to be at the front. I know Rockingham from last season in Formula Renault, and we were on the podium, so I am looking forward to returning" Sam’s car will carry the iconic colours of Castrol, the world leading manufacturer, distributor, and marketer of premium lubricating oils. “I am very proud to have Castrol’s support, and to be continuing their long and successful association with motor sport.” Ends