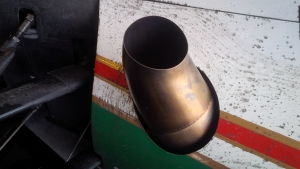 If you thought Alonso and Button were having a tough season, spare a thought for Sam MacLeod. So far this year in the FIA F3 Championship, the Toyota Racing Series star has encountered serious technical gremlins in 75% of the rounds he has contested. In the latest round at Zandvoort the car caught fire in free practice!

"The F3 season so far has been a master class in developing my resilience skills!" said the Edinburgh born driver. "The good news is that I hold the championship record in numbers of positions gained over the last couple of months as I always seem to be starting from the back for one reason or another! When we haven't had an issue, as at Pau, we've finished in the points. Castrol are sticking by me and I'm focussing on the positive, and hoping the gremlins take an August holiday so I can show what I can do"